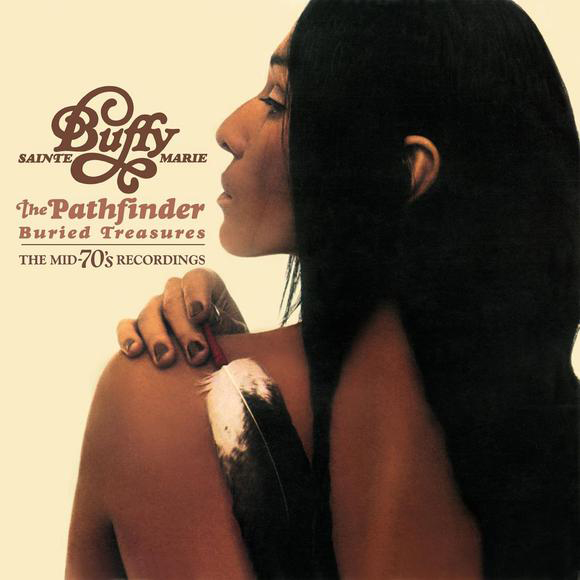 This album is a digitally re-mastered version of three albums: “Buffy,” “Changing Woman” and “Sweet America” on the Gypsy Boy Music label, distributed by Appleseed Records in the U.S., and EMI in Canada. These songs, written in the 1970s and new to most Buffy fans, fit right in with both her classics and more recent songs. Look forward to hearing them live this fall. Tour response to her song Generation live in concert across Canada has been incredible.

Interview with The Yellowknifer newspaper

Yellowknifer: How do you feel about your long-celebrated repertoire from the 1960s and 1970s – have you tired of performing your oldest songs live or does it still excite you to perform the classics?

Buffy Sainte-Marie: If I get tired of a song, I don’t do it until I’m hot for it again. The nicest thing that can happen to a classic song is when a new band falls in love with it – it’s like a musical aphrodisiac every time – and good songs remain good songs.

The best thing about the re-release of The Pathfinder: Buried Treasures mid-70s collections is the songs! Of course some of the arrangements sound kinda dated now, and recording techniques are different; but underneath all that, the songs are really strong. Some of them were too early (environmental greed, women’s perspectives) but now people get it. There are all kinds of surprises for people who lost track of me in 1967 – pounding rockers and environmental protests and some totally intimate love songs that most people wouldn’t guess are mine.

END_OF_DOCUMENT_TOKEN_TO_BE_REPLACED 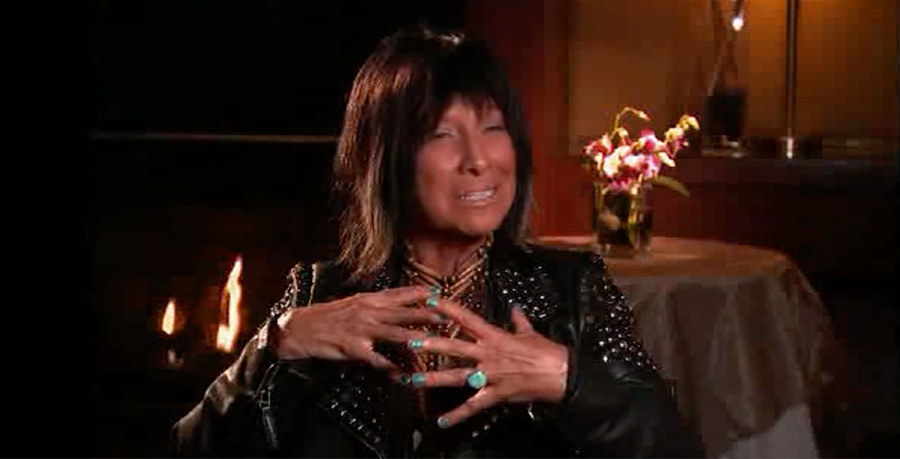 Check out Buffy at the 2010 Winter Olympics in Vancouver, documentary footage, EPK video, and more in the online VIDEO GALLERY! 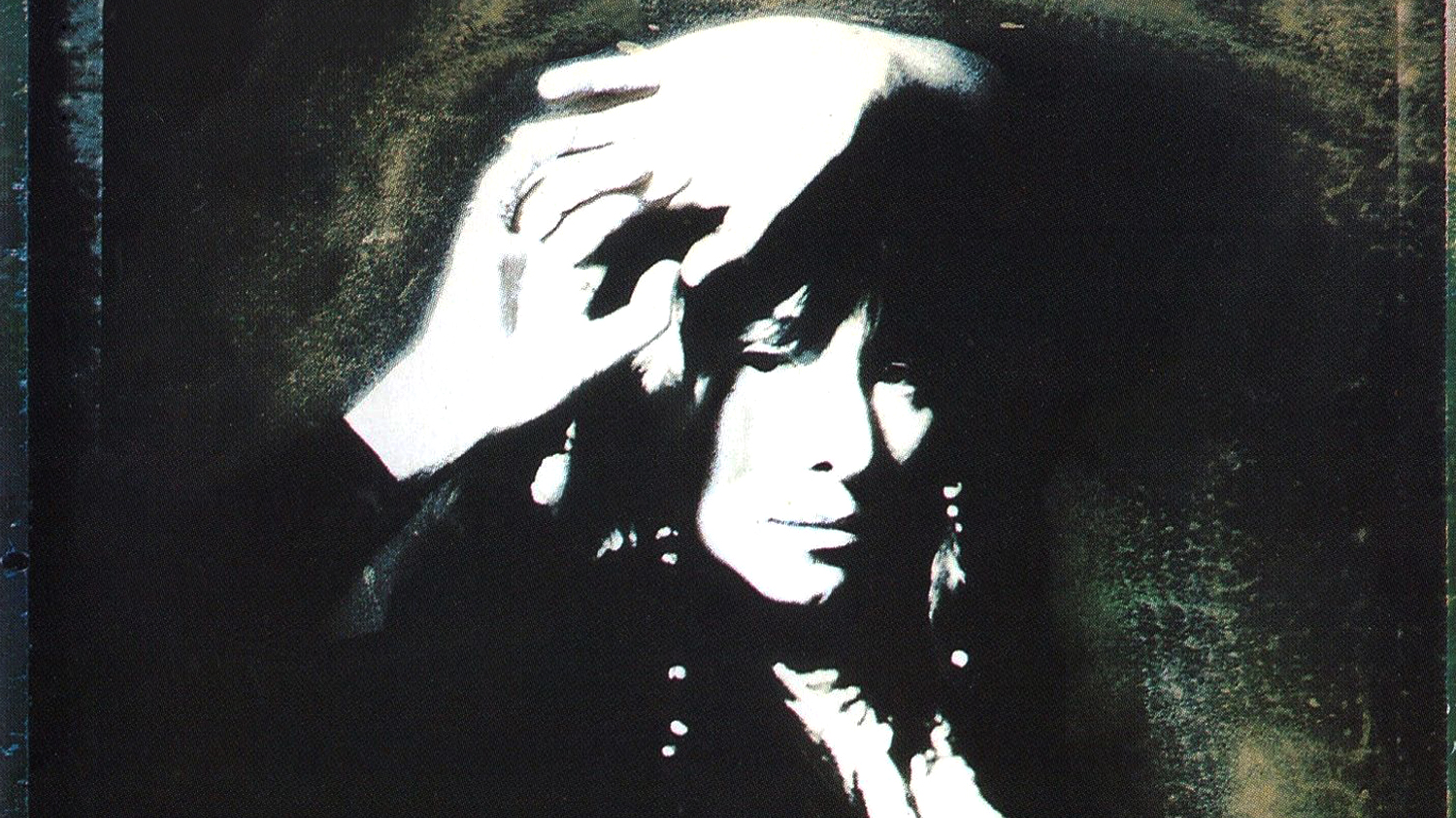 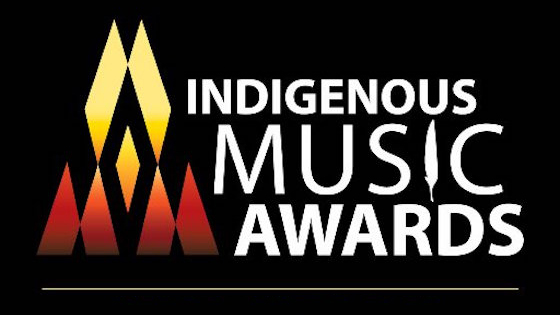 What a great weekend! Buffy was in Hamilton, Ontario and on-hand to accept four awards from Canadian Aboriginal Music Awards for her album, Running for the Drum.

Buffy recieved: best female artist, best album, best single for “No No Keshagesh” and best songwriter. What a spectacular way to wrap up November. Who knows what December will bring? 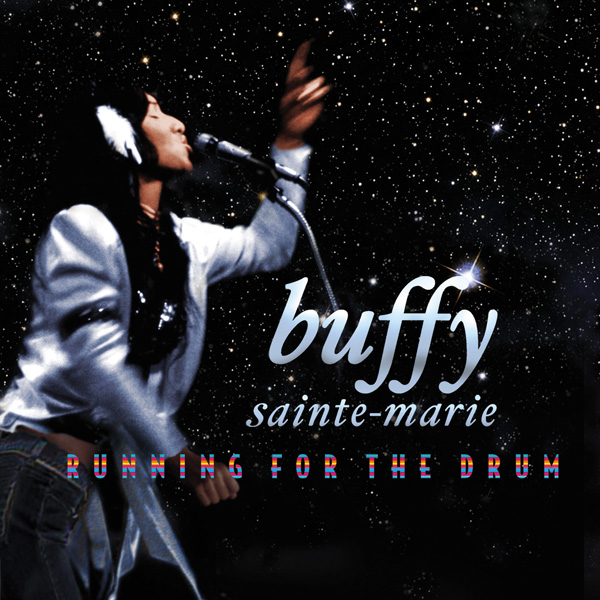 Folk & Acoustic Music Exchange
[Excerpt] …It’s that humanitarian streak sitting astride her music which has always won her the affection of audiences since hitting the scene in 1962. Now, 47 years later, she’s every bit as much in her powers as in that halcyon and turbulent era. Backed by a crackerjack outfitâ€”and even Taj Mahal on one trackâ€”she serves up a dozen excellent tracks, a few of which will definitely see coverage well into the future, especially Too Much is Never Enough, an extremely catchy ditty. A gratifying fusion of Native rhythms and philosophy pervade much of this CD, and they’re a very welcome element, a whole dimension of something scamped by modern rockers, folkers, and jazz musicians even though the sonorities preceded all other arts on this continent…
Read complete acousticmusic.com review »

Slant Magazine
On her first album in 13 years, folk icon and Native American activist Buffy Sainte-Marie comes out swinging. She takes on corporate greed over the furious tribal beat of “No No Keshagesh” and makes effective use of audio samples of pow-wows on both the blistering “Working for the Government” and the dance-floor-ready “Cho Cho Fire.” With those three cuts followed by a gorgeous, lilting reworking of her own “Little Wheel Spin and Spin,” Running for the Drum boasts a simply phenomenal opening sequence. Those songs speak to the depth of Sainte-Marie’s focused folk-singer outrage and her still-razor-sharp ear for a memorable pop hook.

END_OF_DOCUMENT_TOKEN_TO_BE_REPLACED 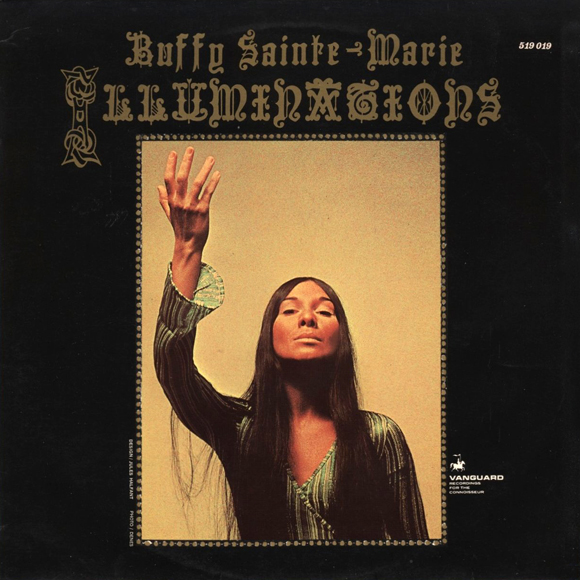 The Wire magazine
Illumnations: One the “100 Albums That Set the World on Fireâ€

Who is the only Native American/Canadian to win an Academy Award Oscar?

Buffy Sainte-Marie was an Indian before it became fashionable to be one and sang about Native issues when nobody else did. She also wrote and performed songs about the state of the world, and people’s sweetest emotions. This record serves to remind us all of her unique voice and unwavering strength of character.

But it’s not just vocally and lyrically that makes her so distinctive. Think about other single female folk acts that you know of from that era and what comes to mind? Simple melodies plucked out on a guitar and basic arrangements about as threatening as the flowers they wore in their hair. At the same time, Buffy was using electronics and overdubs to stretch and distort her voice in the harmonies on songs like God Is Alive, Magic Is Afoot, and The Vampire in 1965!

END_OF_DOCUMENT_TOKEN_TO_BE_REPLACED 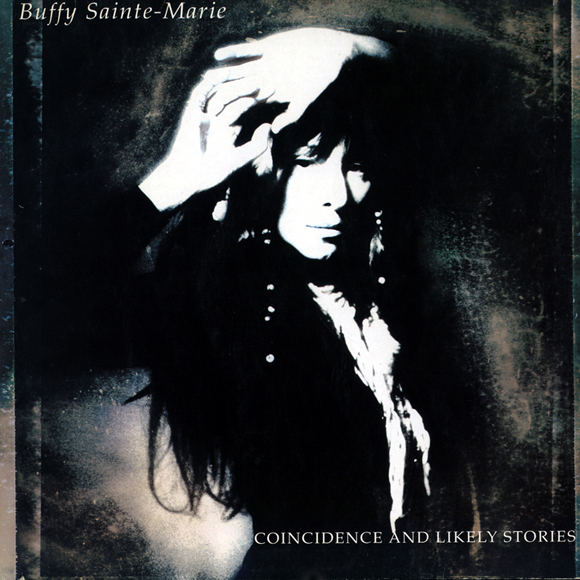 Toronto Star – Lenny Stoute, Special to the Star
BUFFY’S BACK WITH THE FIRST ALBUM IN 15 YEARS
“…the truly babe-acious”

She walks into the room and the distinct society thing takes a hike in the presence of the truly babe-acious. Buffy Sainte-Marie’s had lots of practice at handling compliments graciously. She laughs hugely and turns the talk to the merits of the space-age fabric that clings to her body like life itself.

Coincidence and Likely Stories offers up shrewed and insightful chronicles of what’s going down, steeped in lovejuice and wrapped warm with womanly empathy. The music’s well up to date, Buffy being no slouch when it comes to composing with the Apple Mac, … and being relevant as she is, this is a piece of work that’ll hold its own in the commercial arena.

And nobody wears it better.