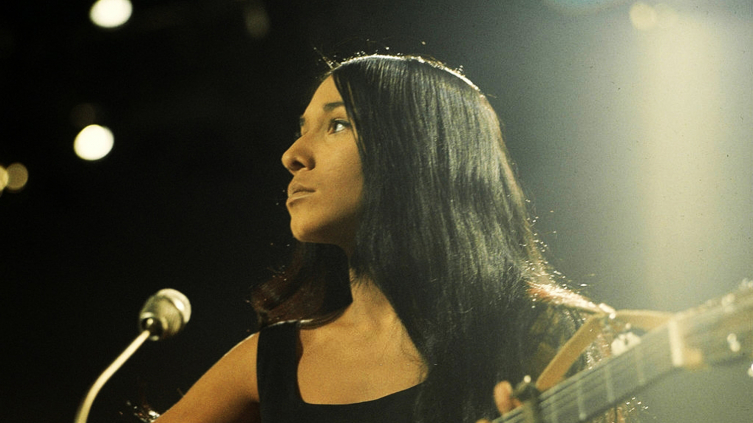 These were the height parameters for soldiers in 1961

He fights with missiles and with spears

In both the future and the past, soldiers are soldiers: only the equipment varies

Age parameters during the 1960s

He’s been a soldier for a thousand years

This is not some new high tech phenomenon

He’s a Catholic, a Hindu, an atheist a Jain,
A Buddhist, and a Baptist and a Jew

Even though his religion forbids it, he chooses to be a killer

Kill you for me, my friend, and me for you

He hasn’t thought it through from a logical, long range point of view

He’s says it’s for the peace of all

He has a responsibility he’s been trained to overlook

And he never sees the writing on the wall

But without him how would Hitler have condemned him at Dachau

Without him Caesar would have stood alone.

We can’t blame just the leaders

Each individual has a choice

And without him all this killing can’t go on

No individual soldiers = no war

Some responsibility is upon each soldier

But his orders come from far away no more

They come from him and you and me

We are each responsible – civilians, mothers and sweethearts – so long as we tolerate it

and Brothers, can’t you see this is not the way to put an end to war?

This last line is put not as scolding someone else but as a question to someone you love. Note that the music ends on an unresolved chord.

Vietnam soldier’s grafitti, mis-identified by Smithsonian Magazine as a “mystery poem”, turns out actually to be from Buffy Sainte-Marie’s song Universal Soldier.

In 1967, a young G.I. was lying on his bunk on a troop carrier headed to Vietnam. On the canvas bottom of the bunk above him, he carefully wrote a few lines of free verse in Morse code. That piece of canvas was donated along with a few others to the Smithsonian Institution in Washington, D.C., where a historian was studying wartime graffiti.

The historian published the “mystery poem” in the Smithsonian magazine. It prompted hundreds of letters, more than any other the editors had received on any other article. They were mostly from Vietnam vets. Some were scolding. Every one pointed out that the mystery poem was actually an extract from Buffy Sainte-Marie’s classic song, Universal Soldier.

The Smithsonian editors were deservedly embarrassed by their inability to recognize such an important part of ’60s culture. They sent a letter to Sainte-Marie apologizing and offered to send her copies of the letters their readers had sent.

“They sent me about seven hundred letters, faxes, emails that pointed out that I had written that song. A lot of them explained details of how the song had changed their lives. That was very heartening. It was very kind of them to share their points of view. Usually I don’t get to Know about how songs impact people’s lives. To sit down and read their letters and feel those feelings coming from guys who are actually affected by a song like that, it was really quite moving.”

Sainte-Marie wrote Universal Soldier in 1962, a time when people fretted over missile gaps, Khrushchev and the H-bomb. Vietnam was still a couple of years off the American radar. She had been writing songs in college while studying Oriental philosophy. She hadn’t considered music a career. She wanted to be a teacher, a vocation still close to her heart. At the time, she wrote songs without thinking anyone would hear them. Then she got the record deal. Universal Soldier was released in 1964. It wasn’t long before the song became the anthem of the anti-war movement, despite the fact it was pretty much banned on U.S. radio.

“It’s about the personal responsibility of all of us, ” she says of the song which is now in the Canadian Songwriting Hall of Fame. “Because we can’t blame just the soldier for the war, or just the career military officer, or just the politician. We have to blame ourselves too since we are living in an era where we actually elect our politicians.”

[Abridged from an article in the Hamilton Spectator by Graham Rockingham, June 2009.]

Vietnam soldier’s grafitti, mis-identified by Smithsonian Magazine as a “mystery poem”, turns out actually to be from Buffy Sainte-Marie’s song Universal Soldier.

In the October 2004 issue of Smithsonian Magazine, a “mysterious poem” was quoted. The words were inscribed on an American soldier’s canvas in 1967 as he was on the way to Vietnam. His name was written above the poem in Morse Code.

The ensuing weeks after the magazine hit the streets brought more than six hundred letters, faxes and emails to the magazine’s office, from readers who pointed out that the poem was not a mystery at all, but from Universal Soldier, Buffy Sainte-Marie’s famous 1962 anthem of the peace movement. The magazine staff apologized sincerely and sent Buffy several packages of the incoming readers’ comments.

For 5 years, writers Art and Lee Beltrone had been involved with a project to save graffiti-covered bunk canvases from a troopship in Virginia’s “ghost fleet.” The graffiti was placed on the canvas by American soldiers going to Vietnam in 1967 and 1968. Art Beltrone first stumbled on them in 1997 while working with the set designer on the movie, The Thin Red Line. (Their full story is recounted in their book Vietnam Graffiti: Messages From a Forgotten Troopship, published by Howell Press.)

Beltrone convinced Maritime Administration officers that the messages left on the canvases were part of America’s history, and needed to be saved. They agreed, and since the first discovery Art and his wife, Lee, who is a photographer, have repeatedly visited the ship, the General Nelson M. Walker. The Beltrones removed not just the graffiti-inscribed canvases, but other artifacts as well, and were able to interest almost a dozen museums around the country to accept and curate the objects, so they could be preserved for future generations. One museum recipient was the Smithsonian’s National Museum of American History. The Beltrones delivered four graffiti-covered canvases to the museum, along with a complete three-tier bunk, and other material.

Smithsonian Magazine became interested in the delivered canvases, and featured one in their October, 2004 issue. One part of the canvas features a Morse code message, and at the other end, two long lines, that are quite meaningful today. Art Beltrone was able to learn the identity of the soldier who inscribed both. His name was Robert Simpson, and he lived in Plainwell, Michigan. He had been drafted in 1966 at the age of 21. The Beltrones never got to interview him, however, as he was killed in an ultra-light plane crash in 1992.

The Morse code message was simply his name and address. The other message reads:

The Smithsonian article, in “The Object at Hand” department (pages 40 and 42) is titled “Kilroy Was Here,” a reference to the graffiti left by World War II soldiers. The front page of the story features the Morse code inscribed canvas; the two line message text was included in the story copy, and was also used, as it actually appears on the canvas, in a small photo on the department’s “contents” page at the beginning of the magazine. In the text, the writer described the two lines as a “mysterious poem.” Art Beltrone too thought that. But not a good number of Smithsonian readers.

Apologetically, Art Beltrone contacted Buffy Sainte-Marie, as did several people from the magazine. According to Art Beltrone, “the Smithsonian Magazine’s editorial department reported that they were being inundated with emails and letters from readers who point out that the lines are almost identical to two in Universal Soldier. But it seems someone at the magazine connected with the story, missed the apparent connection. Sorry!”

Smithsonian Magazine said that they have never had such a huge reaction to any other story in the history of the magazine. They sent several packages of mail to Buffy. Buffy was touched by many of the letters, whose writers – soldiers as well as civilians – said that Universal Soldier had changed their lives.

In 2008 Buffy Sainte-Marie sang at an outdoor rally hosted by Veterans for Peace, Code Pink, Veterans Against the War in Iraq and many other groups protesting policies of the Bush administration, singing Universal Soldier across the street from the Smithsonian, where she had a concert and speaking engagement later that day. She also read her poem The War Racket.

And that’s how it’s done War after war
You old feudal parasites just sacrifice the poor
Got the cutting edge weapons but your scam’s still the same
as it’s been since the Romans: It’s the patriot game
It’s the war racket It’s the war racket

You twisters of language – Creeps of disguise
Your disinformation – Worms in your eyes
You Halloween robbers You privileged thieves
You profit on war: there’s less money in peace

We got the worlds greatest power and you team up with thugs
Make a fortune on weapon, destruction and drugs
But your Flags & boots & uniforms start to all look the same
when both sides are playing the patriot game.
It’s the War Racket

And war is never, never holy
It’s just a greedy men’s dream
And you 2-faced crusaders – Both sides are obscene.
War is NOT made by God: it IS made by men who
misdirect our attention while you thieves do your thing

And that’s how it’s done
About every 30 years
The rich fill their coffers
The poor fill with tears
The young fill the coffins
The old hang a wreath
The politicians get photographed with their names underneath.
It’s the patriot game It’s the war racket