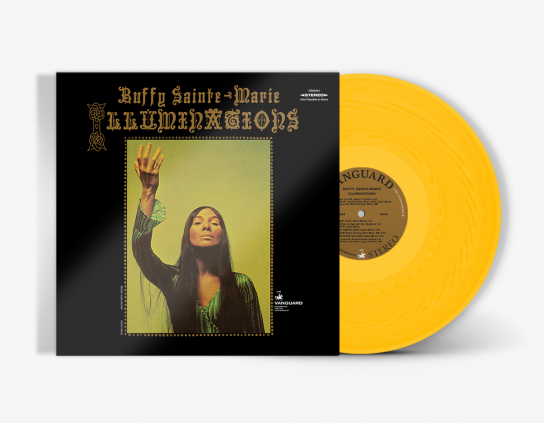 Buffy Sainte-Marie’s 1969 masterpiece Illuminations turns 50 this year, and to celebrate, the album will be treated to a limited edition vinyl re-issue for Record Store Day‘s Black Friday event on November 29, 2019.

Illuminations is the pioneering sixth studio album from Buffy Sainte-Marie, and broke ground as one of the very first electronic vocal albums. A departure from her previous work, Illuminations incorporates vocals and acoustic guitar along with early electronic synthesizers to create an experimental sound that is wholly unique, even entering avant-garde gothic territory. AllMusic praised that Illuminations is “A treasure that is still ahead of its time,” while Wire listed the album in their roundup of “100 Albums that Set The World On Fire While No-One Was Listening” in 2000. Exclaim! simply called Illuminations “Unrestrained genius.” For its 50th anniversary, the album—which includes psychedelic masterpieces “Poppies”  and “God is Alive, Magic is Afoot”— has been remastered from its original analog masters by Kevin Gray at Cohearent Audio, and pressed on 180-gram opaque yellow vinyl at QRP. Housed in an old-school-style tip-on jacket, this special reissue will be limited to 2,000 copies worldwide.

Let your local participating record store know that Illuminations is on your wish list for Record Store Day Black Friday.