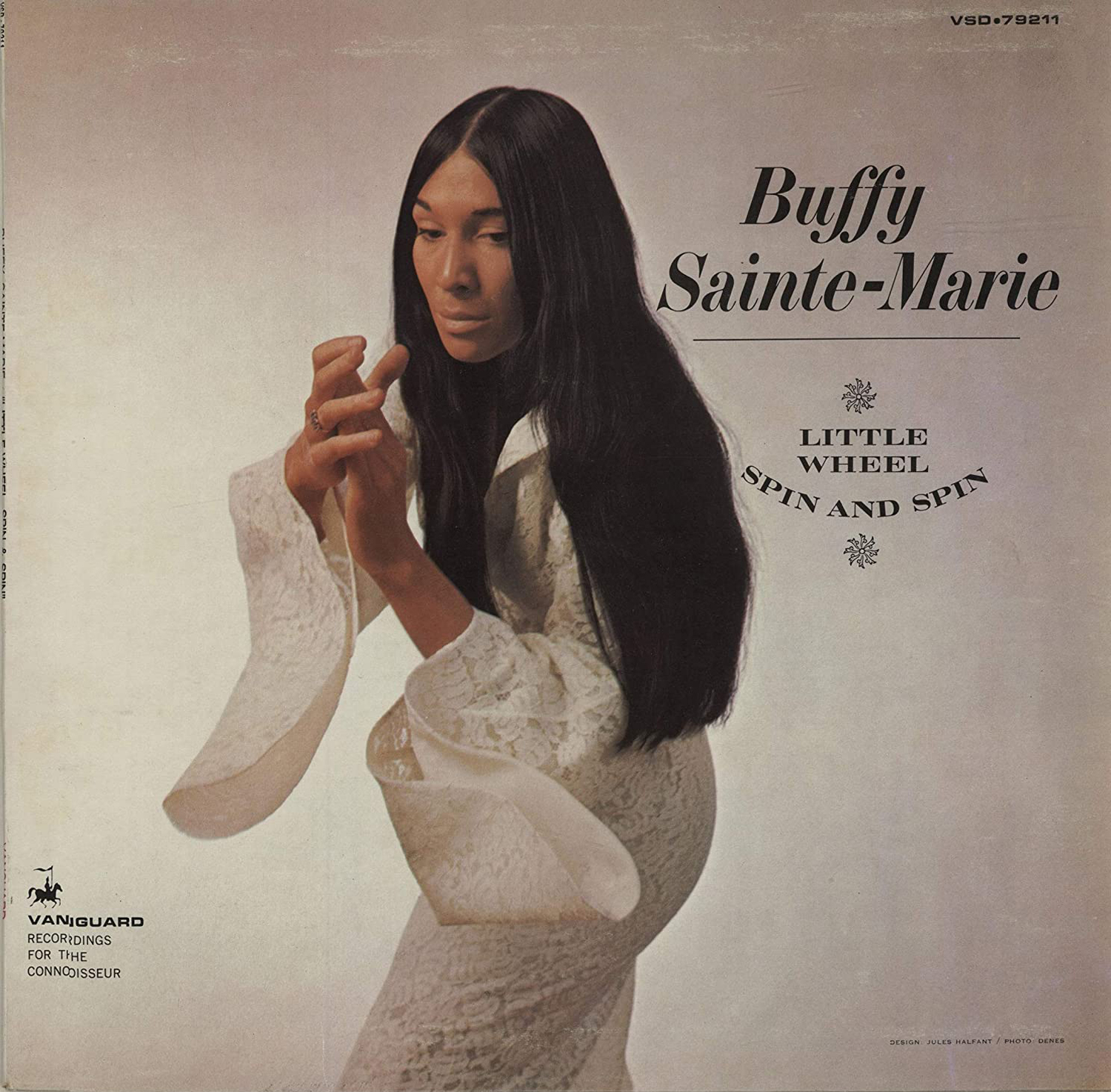 11. Sometimes When I Get to Thinkin’ (Buffy Sainte-Marie)

Swing your girl fiddler say
Later on the piper pay
Do see do, swing and sway
Dead will dance on judgment day

My Country ‘Tis of thy People You’re Dying
© Buffy Sainte-Marie.

Now that the long houses “breed superstition”
You force us to send our children away
To your schools where they’re taught to despise their traditions
Forbid them their languages;
Then further say that American history really began
When Columbus set sail out of Europe and stress
That the nations of leeches who conquered this land
Were the biggest, and bravest, and boldest, and best.
And yet where in your history books is the tale
Of the genocide basic to this country’s birth?
Of the preachers who lied?
How the Bill of Rights failed?
How a nation of patriots returned to their earth?
And where will it tell of the Liberty Bell
As it rang with a thud over Kinzua mud?
Or of brave Unlce Sam in Alaska this year?
My country ’tis of thy people you’re dying.

Hear how the bargain was made for West,
With her shivering children in zero degrees.
“Blankets for your land” – so the treaties attest.
Oh well, blankets for land, that’s a bargain indeed.
And the blankets were those Uncle Sam had collected
From smallpox diseased dying soldiers that day.
And the tribes were wiped out
And the history books censored
A hundred years of your statesmen
say, “It’s better this way”.
But a few of the conquered have somehow survived
And their blood runs the redder
Though genes have been paled.
From the Grand Canyon’s caverns
To Craven’s sad hills
The wounded, the losers, the robbed sing their tale.
From Los Angeles County to upstate New York,
The white nation fattens while other grow lean.
Oh the tricked and evicted they know what I mean:
My country ’tis of thy people you’re dying.

The past it just crumbled; the future just threatens
Our life blood is shut up in your chemical tanks,
And now here you come, bill of sale in your hand
And surprise in your eyes, that we’re lacking in thanks
For the blessings of civilisation you brought us
The lessons you’ve taught us;
The ruin you’ve wrought us;
Oh see what our trust in America got us.
My country ’tis of thy people you’re dying.

Now that the pride of the sires receives charity.
Now that we’re harmless and safe behind laws.
Now that my life’s to be known as your heritage.
Now that even the graves have been robbed.
Now that our own chosen way is your novelty.
Hands on our hearts
We salute you your victory:
Choke on your blue white and scarlet hypocrisy.
Pitying your blindness; How you never see –
that the eagles of war whose wings lent you glory,
Were never no more than buzzards & crows:
Pushed some wrens from their nest;
Stole their eggs; changed their story.
The mockingbird sings it;
It’s all that she knows.
“Oh what can I do?”, say a powerless few.
With a lump in your throat and a tear in your eye:
Can’t you see how their poverty’s profiting you?
My country ’tis of thy people you’re dying.