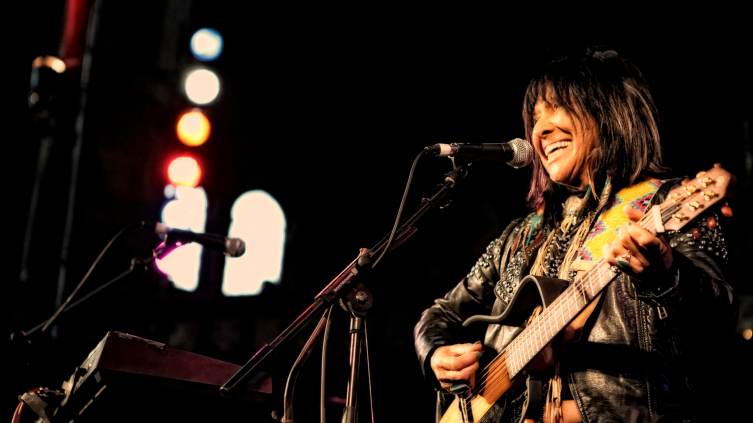 Over the past week, Buffy Sainte-Marie has been on tour bringing audiences a rare and highly anticipated opportunity to see Buffy perform solo.

For those curious as to what to expect, check out this fantastic review of Buffy’s solo performance at the Kent Folk Stage, courtesy of Cool Cleveland’s Jordan Davis.

Be sure to catch Buffy Sainte-Marie on tour this summer, bringing her solo show to the following cities:

Keep an eye on the tour dates section for additional dates (solo, and with her stellar backing band), and be sure to subscribe to the official Buffy Sainte-Marie Facebook and Twitter pages for tour updates and news.