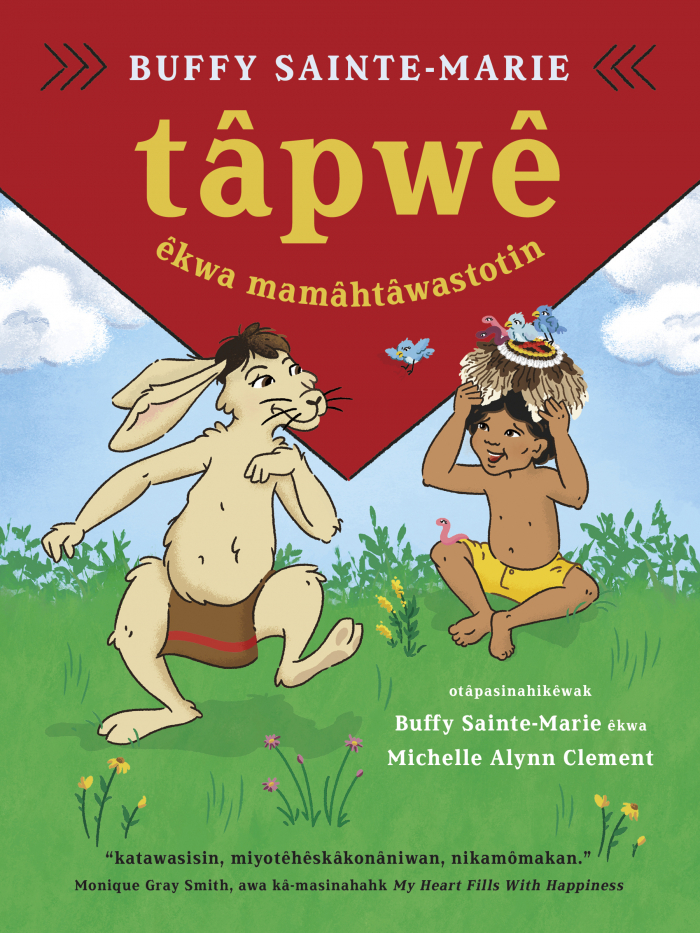 is very proud to share her very first chapter book inspired by oral histories and traditions. On a prairie reserve, Tâpwê receives a mysterious gift from Kokhom (grandma)—and finds himself on an unforgettable adventure. This wonderful story will touch the hearts of children of all ages.  In true exploration of oral traditions and Indigenous language education, Buffy is very proud to offer the opportunity to read her story in Cree!

Tâpwê can’t wait to spend a week with his cousins on the other side of the Cree reserve—especially since Kokhom, his grandma, has given him the most amazing gift: a Magic Hat with bluebirds and grass snakes that come to life! Tâpwê is so excited that he soon forgets Kokhom’s advice: Watch out for tricksters!

Tâpwê’s adventure is everything he imagined. He meets his cousins, takes part in a powwow, and sleeps in a tipi. But soon he’s reminded of Kokhom’s words. Is his new friend Wâpos leading him astray with mischief?

Tâpwê and the Magic Hat draws on a rich Indigenous tradition of storytelling and features:

About the Illustrator: Michelle Alynn Clement is an award-winning book designer and illustrator from Vancouver, BC.